Linaro has 10+ years experience working in the Arm embedded space and specialises in rapid deployment of automated testing.

Firmware, Kernel, File-System, System Libraries, and Toolchains. These are colloquially known as an operating system.

Linaro provides the software tools to rapidly detect build and functional-test regressions in Linux, Android, Zephyr, and other operating systems against a variety of emulated and hardware targets (IoT, embedded, and server).

Linaro members are privileged to participate in a variety of activities that improve operating system software on their devices. They participate in the Linaro Linux Kernel Quality program, deploy landing teams that specialize in keeping their product Linux kernels current and upstream, work with Linaro to enable device automation in LAVA, and utilize Linaro’s scalable build and testing solutions to routinely test Linux on their devices.

Linaro member companies even build their own communities around testing in Linaro through Linaro directed projects. Linaro members spend more time focusing on differentiating technology and are able to have testing teams that can focus on last-mile testing by working directly with Linaro.

Linaro maintains Linaro member-directed programs to improve the quality of the Zephyr, Linux, and Android operating-systems. We work with upstream developers and release maintainers to accelerate availability of security and bug fixes and improve the quality of stable releases (by detecting regressions before release), improve the frequency of product device updates through increasing quality confidence, and improve the breadth of testing available to developers and device manufacturers before they commit their code to releases. 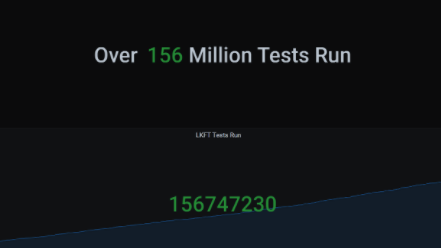 Linaro’s Linux Kernel Quality program covers both Linux kernel testing and testing of the LTS-derived Android-Common Kernel. Linaro’s Linux Kernel Functional Testing framework (LKFT) is the most reliable Linux long-term-stable functional test framework in the industry. On a weekly basis, across the latest 6 Linux LTS releases, the linux-next branch and linux-mainline branches, Linaro build-tests and reports on over 350 release+architecture+target combinations on every git-branch push. We run functional-testing on nearly 40 of these combinations on real and emulated hardware and report back consistently with results in under 48 hours. We have run over 156 Million Test runs of the Linux LTS trees to date against a variety of embedded, emulated, and server platforms. We work weekly with LTS maintainers to execute testing and report regressions on the latest release-candidates before the releases are made. 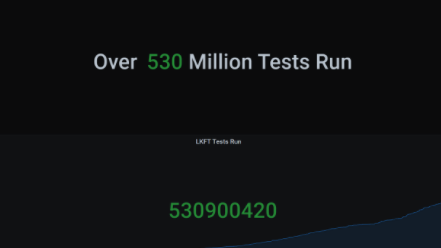 Linaro maintains a variety of open source project CI and testing frameworks. These include CI testing for the following

TuxSuite™ by Linaro is the backbone of our Linaro’s testing efforts. This is now available as a commercial service to help anyone interested in improving their Linux kernel testing to do so rapidly and at scale. Take your testing from limited and infrequent to constant and expansive with TuxSuite.

Linaro maintains a variety of open source project CI and testing frameworks. Centralising the testing in Linaro alleviates the members need to individually monitor the upstream community. Linaro toolchain testing helps ensure that Arm devices remain at the forefront of the performance envelope in terms of generated code size and the execution performance of the resulting code.

To achieve this Linaro provides support to a number of CI artifacts:-

Linaro maintain a number of the upstream buildnots for LLVM, with builds for Flang the fortran compiler, Windows on Arm, LLDB and LLD, pulls some libraries, e.g.

Linaro develops and maintains open source software tools for device automation that enable continuous integration testing of firmware, OSes and workloads on a variety of device classes, from MCU/IoT devices, to embedded boards, to servers.

LAVA is the open source Linaro Automation and Validation Architecture. It is the industry standard soft- ware for embedded device and testing automation, but also works with IoT and server-grade devices. It can perform firmware, OS (boot and functional), application, and producer-consumer testing. Being the creators of LAVA, Linaro has over a decade of experience refining this automation software. Linaro’s members guide development of represents member interest

TuxMake™ automates Linux builds across different architectures, configurations, targets, and toolchains. Specify your choices, and TuxMake drives the build for you, doing the same steps in the same way every time. TuxMake provides portable build environments using standard container images so that your team can perform the exact same build across different systems.

SQUAD is Linaro’s open source Software Quality Dashboard software. It is cloud-deployable and scala- ble software for scheduling, aggregating, the collection of software test-results, and presenting them directly via reporting front-end, or via the reporting API for customer results composition. SQUAD is also able to maintain software baselines, perform results comparisons, and generate email reports using project templates. It supports mixed-tenant results with a permission and access layer that can give granular access to public and private data separately.

Please complete this form and we will contact you to discuss how we can help you.